»  » My Heavenly Father Watches Over Me

My Heavenly Father Watches Over Me

“…our Heavenly Father and His Son Jesus Christ know us, love us, and are watching over us. Of that we can be certain.” 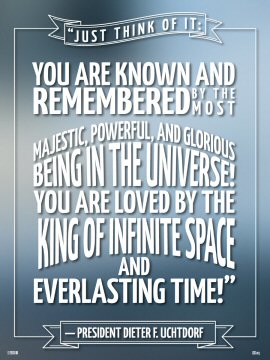 Early in 2020 I received a request for an arrangement of this song. I think I failed.

The words caught me somehow. For some reason, I set aside the other things I was working on and worked on this one.

The only musical setting I could find was by Charles Gabriel, which sounded hopeful since he wrote the music for “I Stand All Amazed.”  Alas, this one sounded a bit dated for my liking, and sooooooo–and this is where I failed–I did my own. Which probably doesn’t count as an arrangement of the song.

In February, shortly after I put this together, my dad died. I was grateful to have it to share with my mother (AKA my Fan Club President… everybody needs one of those!), and I thought I knew why I spent time on it. My Heavenly Father really was watching over me.

And then a pandemic hit us all. And boy do we need to know that our Heavenly Father really is watching over us now. The outcomes may not be what we expect, but He knows us, He loves us, and He will do exactly what is best for each one of us.

The solo is available in three keys: low-ish, medium, and high-ish. This one worked fairly well for these keys (though you won’t care for the low-ish one if you don’t like E major) but moving it further in either direction would definitely require some re-writing.

The recording by James Loynes is the medium-voice solo.

Since I’m posting this during a time of social distancing (hang in there, friends!) when choirs aren’t really a thing, this is solo only. I hope we’re in need of a choral setting someday soon.

I trust in God wherever I may be
Upon the land or on the rolling sea
For come what may, from day to day
My Heavenly Father watches over me

The valley may be dark, the shadows deep
But, oh, the Shepherd guards His lonely sheep
And through the gloom He’ll lead me home
My Heavenly Father watches over me

I trust in God; I know He cares for me
On mountain bleak or on the stormy sea
Though billows roll, He keeps my soul
My Heavenly Father watches over me